Tropical Roots was formed when I met a jazz piano player called Martin Jenkins at a local jazz jam. Our matching passion for the Afro/Latin genre instantly led us to the idea of having a monthly Latin (Descarga) jam 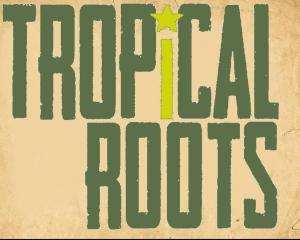 for competent musicians to play together the music that we eventually collated for the event. This monthly success led to a weekly residency called Live Latin Thursdays, which still runs every Thursday at Harveys Cellars (Denmark Street, Bristol).

At the same time we started another night called ‘Tropical Roots’ based in Stokes Croft, Bristol. This became our monthly party night, with local Afro/Latin bands playing to a usually very packed venue.

Tropical Roots is fast becoming a popular label for the Bristol Afro/Latin Scene. Future projects may well include the Tropical Roots Live Tent for festivals, weddings and parties.